Today we went back to Vancouver weather. Rain, rain and more rain! How exciting! Now the bugs are a lot smarter than us and didn’t come outside today. Except for a few lonely ants. 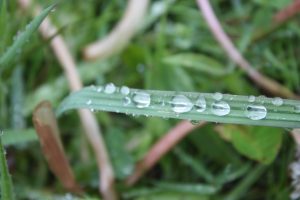 Not to mention that most of the flowers have closed their petals to protect precious pollen. The dandelion (Taraxacum) seeds have all drooped down from the weight of the water, and all the leaves and grasses have been coated with hundreds of glittering beads as well. At this stage, there were a few dandelions that had spread their seeds, but some of them were in the middle of blossoming. Just like the dandelions, the tree leaves have drooped down, and on the leaves there are evidence of bugs (Little holes everywhere).

Normally the anthill, full of activity is devoid of any life. It seems like the bugs have all of the sudden disappeared from the face of the Earth. We only saw a few ants (Formicidae) scuttling from one anthill to the next. The birds weren’t out either, not even the crows dared fly in this wet weather.

The rain was by no means heavy, but just relentlessly drizzling. Surprisingly, the worms were somehow satisfied with living underground,

and not coming up for fresh air, which they normally do. So today wasn’t the most productive day in terms of finding animals, but at least we’ll always have the plant life there.

High of 20 today. The weather was really rainy. It was really wet. 100 % cloud coverage. We saw few ants but anthills were mostly inactive. The flower head dandelions were all closed today and the puffball dandelions all looked weird and like they were made of plastic. Last week we saw 5 or 6 bugs. 1 flying the rest on the ground. We caught around 40-50 bugs. Mainly very small bugs under a cm long. Some bugs were larger like mosquitos.

Today, it was slightly foggy so that we couldn’t see the trees far away. While we were walking with our teacher, she asked us why the dandelions were closed. She pointed out that this was because

During the process of setting up our bug tent, it was rainy and overcast–typical spring weather for Port Coquitlam. The weather was humid and the visibility was low; there was a thin fog in our area. Detailed information about the weather today can be seen below.

The current weather is overcast with occasional showers. The sky, as viewed from our classroom, is currently completely covered by clouds.

The climate in Port Coquitlam is a maritime temperate climate, which is characterized by frequent precipitation and mild temperatures. It rained periodically during our process of setting up the malaise trap.

There are two rivers near our school, which are the Pitt River and the Fraser River, with the former being the closest. There is also a patch of temperate rainforest near the trap. 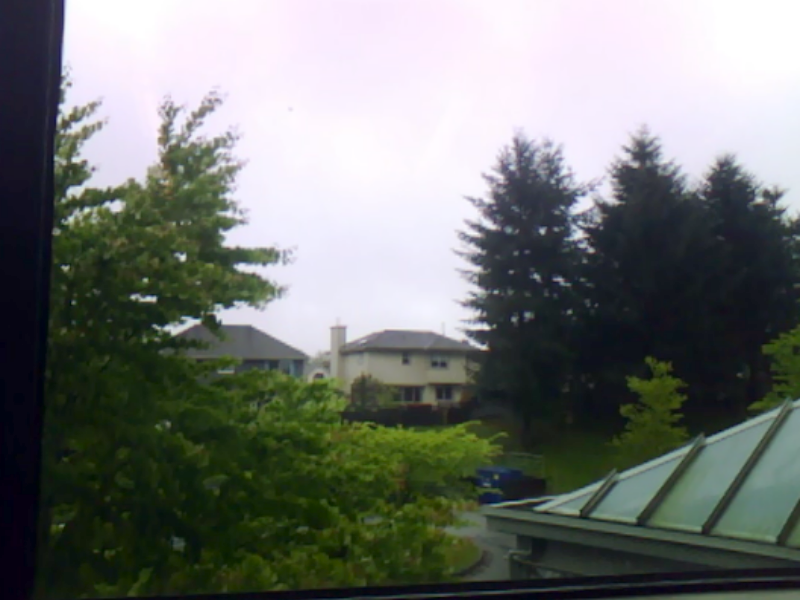 The above image was taken from our classroom’s window. You can see that there are numerous large trees nearby, and that the weather is overcast.

We know we shouldn’t be complaining, because it’s snowing in other places, but it still kind of sucks to have rain. About a week ago, it was nice and sunny, and there were a lot of open flowers and bugs to find for us Flora Fauna group members. However, this week it’s the complete opposite. The drizzly weather has caused flowers to close, has scared off bugs, and changed the mood of the environment. There was nothing really to find these past days, and even if we tried to find something, nobody would be in the mood to try because it’s raining. However, we have identified some of the species living around our area. This includes earthworms (Lumbricina), woodlouse (Porcellio Scaber and Oniscus Asellus), dandelions (Taraxacum), snails (Helix Pomatia), ants (Formicidae), and a flower called the Spring forget-me-not (Myosotis Arvensis). There was a moth that we tried to identify, but it flew away before we could get a good look at it. Hope to find some more creatures!

So today our group set up the Malaise trap.
…
No one knew how to set up a tent.
So it was a mess. It didn’t help that it was raining harder than Hurricane Katrina, so we’re all arguing how to set up the tent while while water was falling from the sky. Sebastian, Asher, David, Bennet, and Ryan set up the tent, while Alex (Me) and April were watching them in case something wasn’t going right.

Alex and April were the only people who knew how to set up the tent, but they weren’t allowed to help set up unless people needed help (They did anyways). But in the end it worked out… The tent was finally built (Again), we were completely soaked, and my voice was gone from yelling at everyone on how to build the tent.

It was a great day! 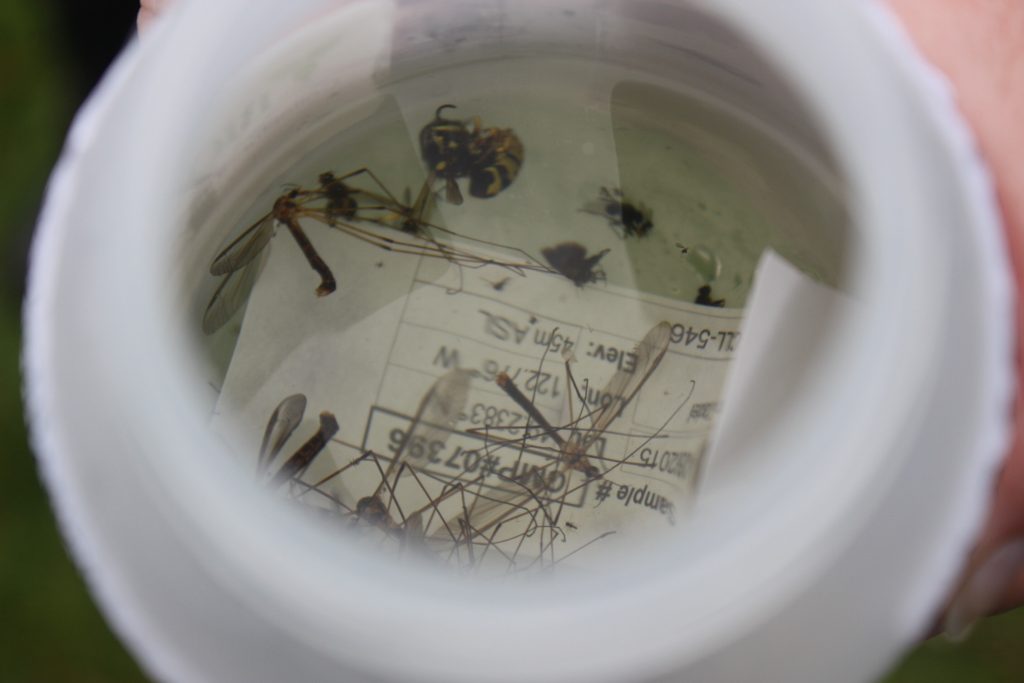 For the last week our class has been going outside to set up a tent, check on it, and take it down. For the first day we set the tent, it was a sunny day and there were many bugs out that day. Putting up the tent was a challenge at first, but the people who had practiced how to set up the tent came and helped. For the next few days we have been going out to the tent to check the levels of bugs, on the first day that we checked it, it was at 0.5. The second day it was at 1, the third time it was at 2. It was also at two on the fourth day. 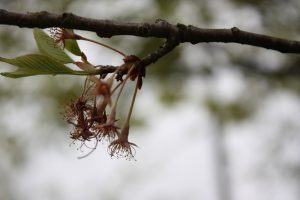 We found that on the more rainy days we found that the bottle appeared to have more bugs in it, we think this because on the third day there where the most bugs in the bottle. When it was at level 2 it had roughly 25 to 50 bugs. And it stayed like that on day four. On the most recent day it was very wet, all of our feet got wet and it was raining a little bit but it wasn’t pouring.

We have the tent set up in between two poles and a tree, we have tape wrapped around the poles, this way kids from the school won’t go near it and possibly mess up the experiment. We usually do the tent during the morning hours, so that means that it’s never going to be the hottest hour of the day when we are outside. This shouldn’t have a big effect on the experiment because there usually aren’t any bugs around when we do it.

Most of the bugs that we are getting are either giant bugs that seem to look like mosquitoes, we are also getting smaller flies. On one of the days there was a wasp in the bottle. It showed up in the bottle on the hotter day of the week, that was day two. 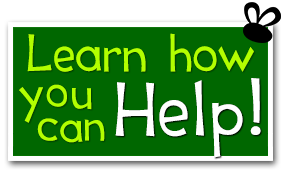